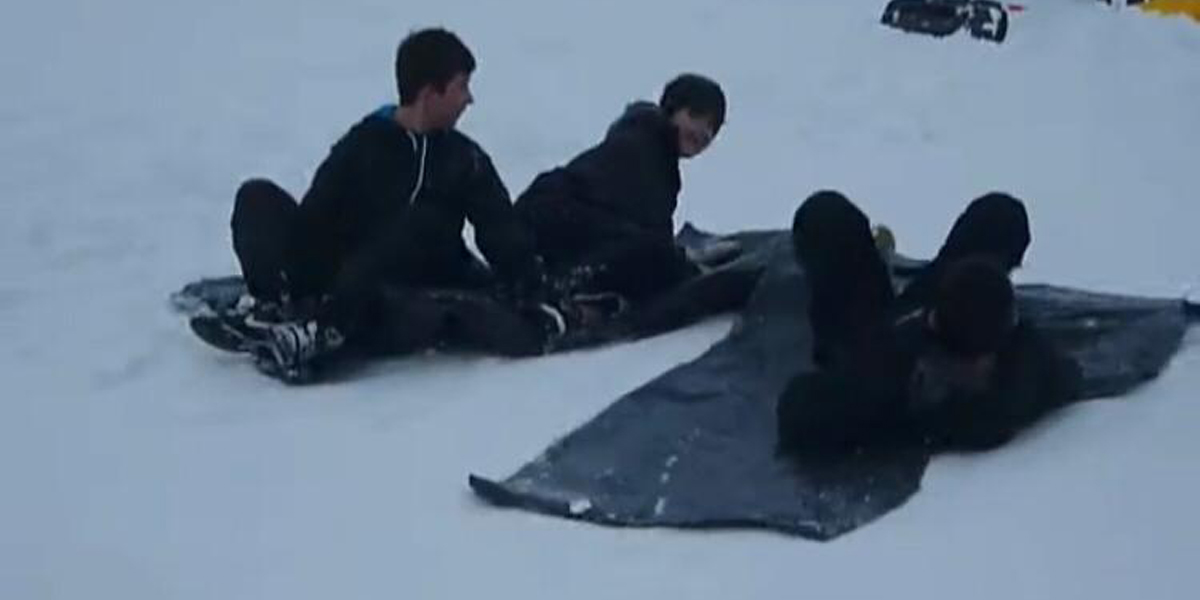 Snow, -6 degrees C, and I’ve been out sledging with my kids. My younger son, now 13, clad only in a T-shirt and cagoule jacket.

“How are you going to keep warm in that? You’ll freeze!” I told him. “I’m a Geordie,” he replied. He was right too. Maybe it’s the energy of youth, running up and sliding down a bank. I even taught him the age-old art of “plaggy bagging” – using a bin liner as an improvised sledge that you steer by shifting your bodyweight.

Geordies are legendary for hardiness. Venturing out in T-shirts or short skirts when there’s ice on the ground. It’s exaggerated, but based on a grain of truth. The stereotype has taken hold.

We face regional imbalances in pretty much everything.

Last week I met with the Research & Development Minister. R&D leads to innovation, the creation of productive industries, and interesting, well-paid jobs. Without it, there’d be no Covid vaccine, for a start.

London, Oxford, and Cambridge account for 46% of the UK’s public and charitable R&D, but just 21% of the population. And I doubt you’ll be surprised that over 70% of capital investment in research infrastructure between 2007 and 2014 were made in London, the East and South East.

In the North of Tyne, in a relatively short time, we’ve been backing some exciting projects with devolved funding. Like our Advancing Circular Economy project, joint with industry. It develops environmentally sustainable replacements for household products – detergents, for example. It creates high-paid, high-tech jobs in the process.

You may have seen the Ken Loach film, I, Daniel Blake, where he struggles to apply for jobs online. 53% of our people lack the skills or equipment to access online services. Compared that to 35% in the South East. In the North East only 18% of people are highly engaged internet users. In the South East it’s 49%.

So we’ve partnered with Newcastle’s National Innovation Centre for Data to support digital adoption for 800 North East businesses. And bought £650,000 of kit so disadvantaged school kids can access lessons online.

I had a second Ministerial last week – with a Minister from The Department of Culture, Media and Sport. I spend a lot of my time speaking up for our region. In Culture and the Arts, the North East economy benefits £72 per person. London benefits £311 per person. The good news is the Minister agreed to my proposal for my team to work with Whitehall civil servants to address this.

Community arts funding from the Lottery is £50.40 per person in London. In the rest of England, it’s £21.26. We’re making some progress here too. Our Spacehive is matching North of Tyne money with Lottery funds to get community projects off the ground.

We are paving the way – but if government is serious about levelling up, they need to match warm words with hard cash.

Last week saw the sad news that Mary Wilson died. She co-founded The Supremes, and like the rest of Motown, influenced many British musicians. I remember reading a piece on how The Jam wrote Town Called Malice. Bruce Foxton, the bassist, acknowledged that the bass line closely resembles You Can’t Hurry Love by The Supremes. It’s a link few would make, but it hits you as soon as you listen to both tracks.

Town Called Malice describes a left behind town, something the North East understands all too well. The way the grind of poverty affects relationships and life chances.

The Southern establishment imagines Geordies wearing T-shirts in the snow. They see the whole North as bleating about being hard done to. We are, but that argument has cut no ice for forty years. So I always offer a solution – how investment will empower us to generate wealth here.

Like the song says, “I could go on for hours, and I probably will, but I’d sooner put some joy back in this town called Malice

Originally Published in the Journal and Evening Chronicle 15.2.21